A New Song to Support ‘Safe From Slavery’

My friend Amy is a bit cool. She makes her own non-toxic nail varnish (did you know this was a thing?!) and this year has made a big commitment to support a very worthwhile charity through her business.

It’s called ‘Safe From Slavery‘, and they help survivors of trafficking to feel human again after absolutely abhorrent and unimaginable ordeals – right here in the UK. Their website says loads more about the work they do and even shows you around a beautiful safehouse where they restore and empower rescued women to find their true value again in Jesus. 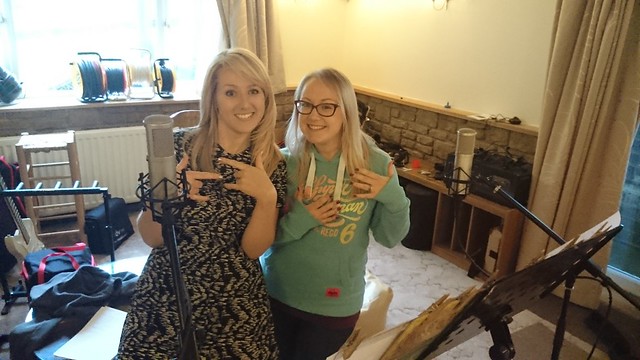 (Me on the left, Amy Box on the right. The pose is to show off our Box Polish – and because we’re gangstas.)

So when Amy was asked to write a song for the charity and perform it at an upcoming businesswomen’s conference in November (*ahem* come *ahem*), she thought this would be a great opportunity to tell loads of people about trafficking and the work of SFS.

Um, just one problem. She’d never written a song before and the idea terrified her to her very core. The solution? Put it off for ages and ages and ages of course!

That’s how, in August, I received a phone call from Amy propositioning me (although I’m married I’m not going to lie, it was very romantic) to help her write and perform a song together in time for the conference… now like 2 months away. Ha. 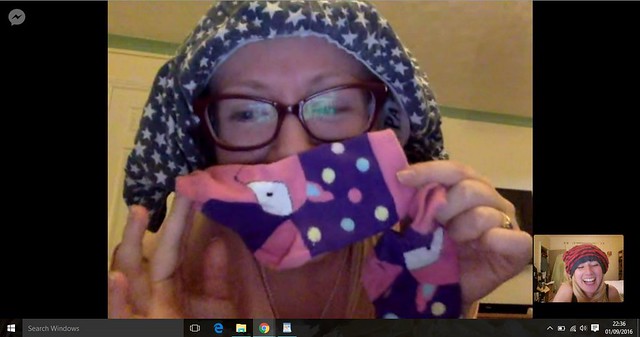 (Uh… yeah… this is us on Skype attempting to write the song together (she lives in Bristol). I can’t really explain the pants and socks on our faces. You know when you’re on Skype and then you just end up with underwear on your head? Yeah, it was like that.)

The song, called ‘Thirteen‘, is a mix of shocking, brutal, poetic and poignant, and tells the story of a young girl whose naive innocence is poisoned by an insidious undercurrent of deception. I can’t wait to share the whole story with you.

We’ll be releasing the track (produced by the marvellously brilliant FFG Audio) on Wednesday 30th November, the day of the Maximise Conference, and 100% of proceeds will go to Safe From Slavery. 🙂

Pre-orders available from 18th October, so pre-order now to be the first to hear the song! In the meantime, here’s some photos of us recording the first stage draft at Casa Del Hadfield, Herefordshire! 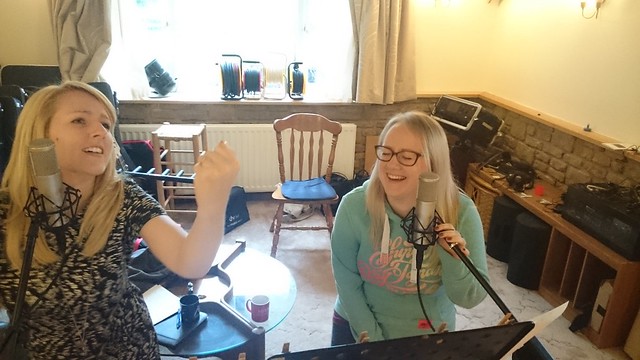 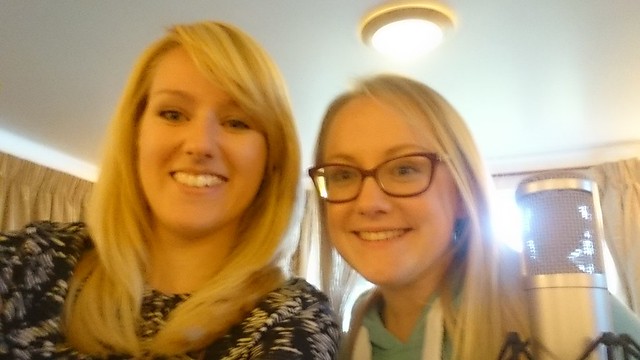 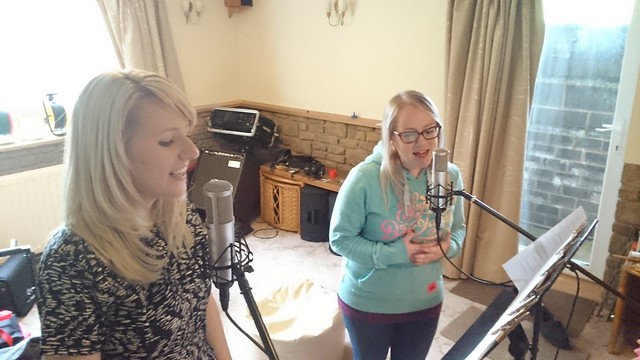